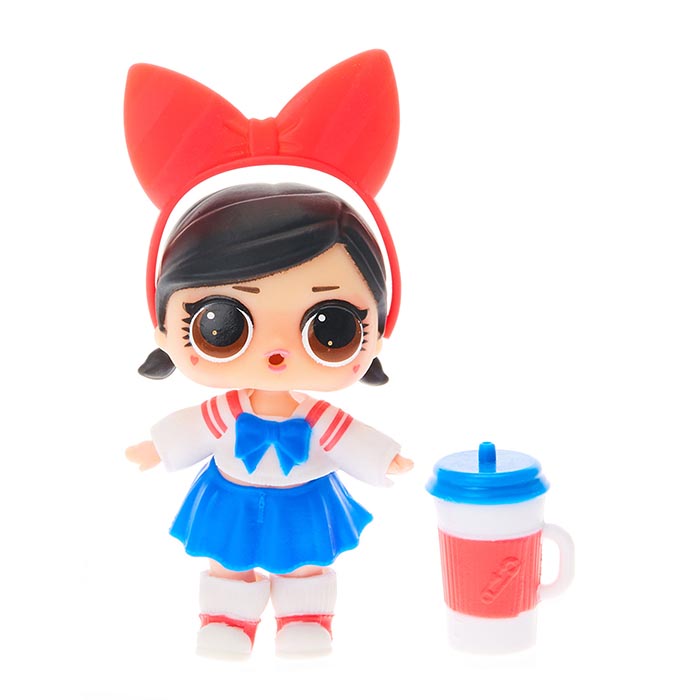 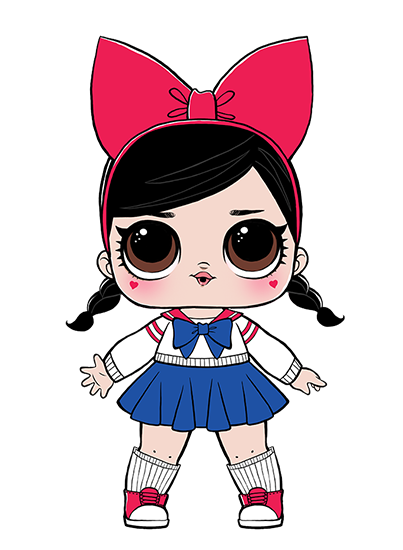 Fanime is a Big Sister figure from Series 2. It belongs to the Cosplay Club. It is quite likely that you will find it. He has Brown eyes and Black hair. 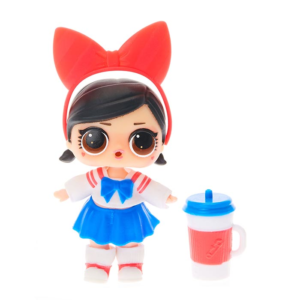 Fanime is a Popular tot from the Cosplay club in series 2. Lil Fanime is her sister, Fuzzy Fan is her pet, Fanboy is her brother, and is getting a big sister named Fan Babe

Appearance
Fanime has fair skin and brown eyes with pink lipstick and blush. On each cheek is a red heart to match the large bow on her head. She wears her black hair in low braided pigtails with her bangs brushed to the right. Her outfit is composed of a white long-sleeved school top that has a red and white collar, two red rings beneath each shoulder, and a navy ribbon at the middle. This is paired with a navy pleat skirt, white crimped socks, and red and white sneakers. Whenever she is dipped in cold water, maroon stripes appear on her bow and a red mask appears on her face.

Trivia
Her name is based on Fan and Anime (Japanese cartoons).
Hence the hair bow, she’s inspired by Hello Kitty.
Her costume is a Sailor Fuku, a popular school uniform type in Japan.
It is also theorized she had some inspiration from the series Sailor Moon.

About the Author: melanie